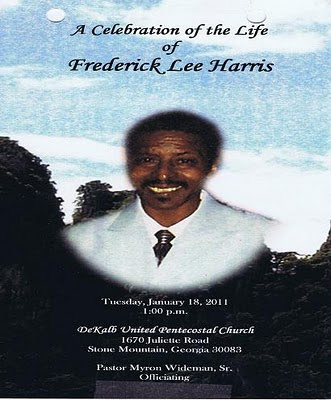 Frederick Lee Harris was born November 25, 1953 to Freddie C. and Marjorie Lowery. Frederick attended Frederick Douglass High School. At age seventeen he was introduced to upholstery. He spent the next forty years earning his living in this field that he loved so much.

Frederick was taught of the love of God at an early age, and was baptized in the name of Jesus at age twenty-four. He received the Holy Ghost shortly before passing.