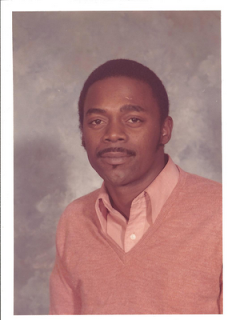 
Mr.Berry is survived by his loving wife
Gail Renee Berry; sons: David, Dwayne and Davon Berry;
siblings: Wilbur and Holly Berry of Cleveland, OH;
a host of other relatives and friends. 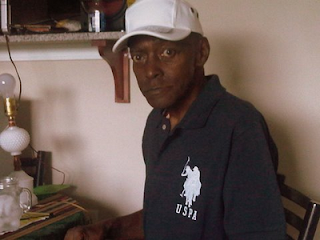 
No Interment
Posted by Alfonso Dawson Mortuary at Wednesday, September 28, 2011 No comments: 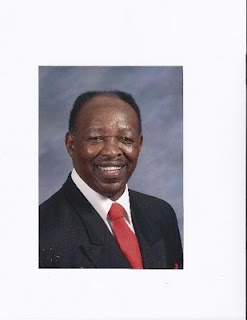 
He leaves to cherish his memory his loving and
devoted wife Mrs. Kathy Crawford; three children,
Bobby Crawford, JoAnn Crawford and Gail Crawford-Coleman;
one stepson, Quiency Dugger; four grandchildren;
one great grand child, and a host of other relatives
and friends. 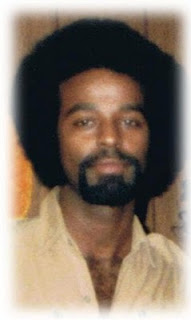 
No Interment
Posted by Alfonso Dawson Mortuary at Wednesday, September 21, 2011 No comments: 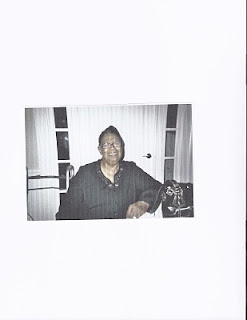 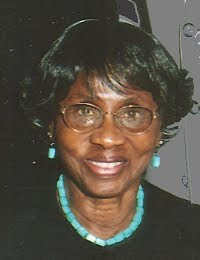 Her Life and Ministry

Rose Ella Boone was born on October 23, 1926,
in Clinton, North Carolina, to Ellie James Boone
and Hattie Faison Boone. She was preceded by
Ender Boone Allen, McKinley Boone, Fannie Herring,
Laurence Simmons, Hattie Jr. Boone,
Ellie Jr. Boone, and Alwood Boone.
On November 2, 1961, she married James P. Taylor, Jr.,
and they lived in Germany where he served in the U.S. Army.
He died in 1976. She was the mother of five sons:
James H. Berry, the late Ruskin Ray, Bishop W. Wellington Boone,
Curtis M. Taylor and the late Ronnie K. Taylor.
She is also survived by her brother, Robert C. Boone,
her sister, Gloria McNeill, 24 grandchildren,
27 great grandchildren, one great-great grandchild,
and a host of nieces, nephews, cousins and friends.
Although her paternal grandfather, Calvin Boone,
and several of her aunts and uncles had been born into slavery,
family members became entrepreneurs and ministers and lived long,
full lives. Her father, Ellie Boone, was self-employed all his life
and well respected in the community by people of all races.
He operated several service businesses.
Rose, affectionately known as Sis or Momma Rose,
dropped out of school in the eighth grade to help work in the fields.
However, she was determined to receive her education so she went back for her GED. She later went on to Lenoir Community College, majoring in Cosmetology.
After receiving her license she opened her own beauty salon which was successful for more than 20 years. Bishop Boone has often related the dramatic story
of his rough inner-city upbringing in Newark, New Jersey,
and Baltimore, Maryland. In the 1950s,
his mother nearly died from a heart condition
until her family came after her and made the long drive with
Rose and her young son to her father Ellie Boone's home in Clinton,
North Carolina. Pastor Louise Tillery came to the house and prayed
for her until she was saved, healed, and baptized in the Holy Ghost
with the evidence of speaking in tongues. Young "Butch"
was peeking through a keyhole when he saw his mother leap up
and begin to shout, "Thank you, Jesus! Thank you, Jesus!"
From that point on she was a prayer warrior.
In later years whenever Bishop Boone traveled he always asked her
to pray for him. She was a spiritual mother in the church
and was called on many times to pray for the sick to receive their healing.
She would also visit hospitals, witnessing and praying for the patients.
On May 13, 1990, at the age of 64, she married Worth Patterson,
Jr., and they lived in Kinston, North Carolina, until he died in 2001.
In 2008 she moved from Goldsboro, North Carolina,
to the Atlanta area to be near her son Bishop Wellington Boone
and several grandchildren and great grandchildren.
She became a much loved member of The Father's House in Norcross, Georgia.

For more information on
time and Date of interment
contact the recieving
funeral home at: 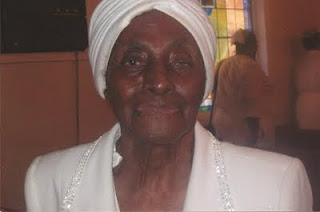 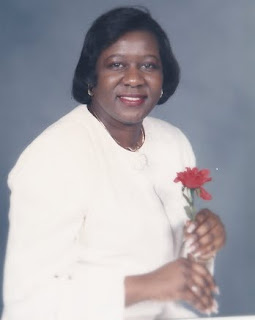