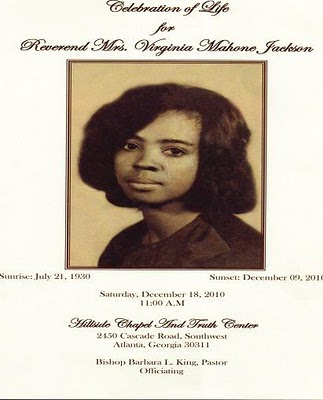 She leaves to cherish her memory two loving sons; a dedicated and loving daughter, a son-in-law, three grandchildren; five great-grandchildren; two sisters, two sisters-in-law; a host of nieces, nephews, cousins, godchildren and extended family that includes Hillside Chapel and Truth Center and many special sisters and brothers in Christ.